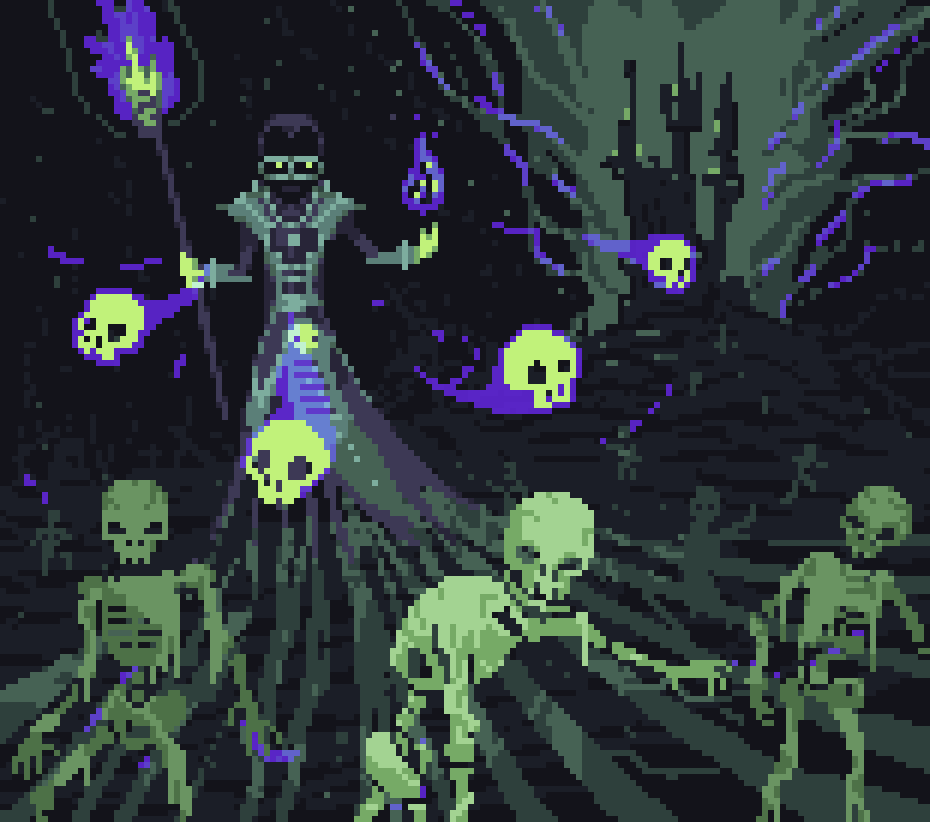 Pixelated Necromancer by Daniel Garrido from https://www.flickr.com/photos/iloveui/30536932324 CC BY 2.0

RPGs are a particular favorite of mine. I play plenty of them, whether on computer or console, so these are probably the best recommendations that I can give. They also have plenty of story in them too, but sometimes the game can be completely story-based and the replayability of the game will be lowerd. Of course, you will have great fun and spend lots of time playing games back-to-back if you prefer story, but you get more bang for your buck if you like replayability more. Thus, when it comes to recommending games to you, I need to ask you this: do you want story, or replayability... at least, that would be the case if I could think of other games that would fit into one of these categories, but at the momment, while games may still be added to this list, there are 2 serparate yet very similar games that can go into both games...

While these games both have story in them, they have tons of content for replayability. What I need to say first about them, however, is that they both are nearly identical in terms of content with their minor differences between each other. As for what makes them great for replaying, they have lots of endgame content, online battles between players, and finally, competitive play. The whole game surrounds the idea of battling with creatures called "pokemon", and with what comes with the games, I can say from experience that it is very easy to get attached to them. I love my main party so much! What I have to say about this as well as the endgame content is up to you too see for yourself since, this would make this way too long for you to read. As for the online battles, you first need to connect to the internet, and then, you will either be able to fight with or against other players, which means you will be able to help yourself and other players defeat or catch more pokemon! Lastly, the last time I had checked, competitive play has already started for this year's tournament, but that gives you more time to practice battling for next year! I haven't tried it out myself, so I can't give much insight on it. However, excluding what comes after the games, their similar storyline always motivates you to keep playing with the goals made in the game, but, once again, you need to play (one of) them for yourself. Unfortunately, no visuals can be shown of the box art due to copyright.