Want to Try a Game or Two?

Nowadays, plenty of video games surround our society. However, there are a variety of them with tons of categories to sort them into. When first getting into gaming, this can sometimes get a bit complicated, despite the purpose of categorizing games. While looking through this website, you'll find suggested games based on what you may like. Although, beforehand, we need to discuss the main categories previously mentioned to know where to start suggesting games. In addition, only certain categories will be suggested due lack of experience with others. Even though there are tons of game genres, we can only cover so many.

Here are the genres of games that this website currently discusses: 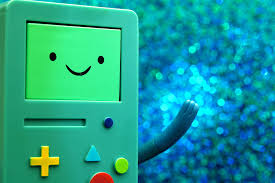 "RPG" is an acronym that stands for "role-playing-game", which is one of the many kinds of games that will be discussed. Games like these usually have you play as a protagonist who has to fight many enemies to save the world, as the trope usually goes in most storylines. In such games, there is plenty of strategy involved from various aspects of the game. However, there is almost always strategy when it comes to the main aspect of fighting, usually though the different kinds of attacks that your character(s) can use. If you think RPGs might be a kind of game you'd be interested in, why not visit the website's "RPG Recommendations" page?

Puzzle games are an absolute must when you're looking for a new concept or mechanic in a game. Sure, there are puzzles in certain games that can't exactly be called puzzle games for having a lack of them, but if you want more original puzzles, these are the games for you. From optical illusions to altering gravity, plenty of games have a unique spin on how to navigate a level. Some can find even their way into helping us with what we do in our daily lives. Don't believe me? Take a look at the "Puzzle Game Recommendations" page?

While survival games lack in story, they do advance in the idea of what you create in them. They tend to lead to more than just survival. Maybe the game will let you create a bigger, better base, or let you explore the world to see just how dangerous yet glorious it is. In the end, survival games have a nearly unlimited set of possibilities. If you're intrigued, you may want to read more about it on the "Survival Game Recommendations" page.